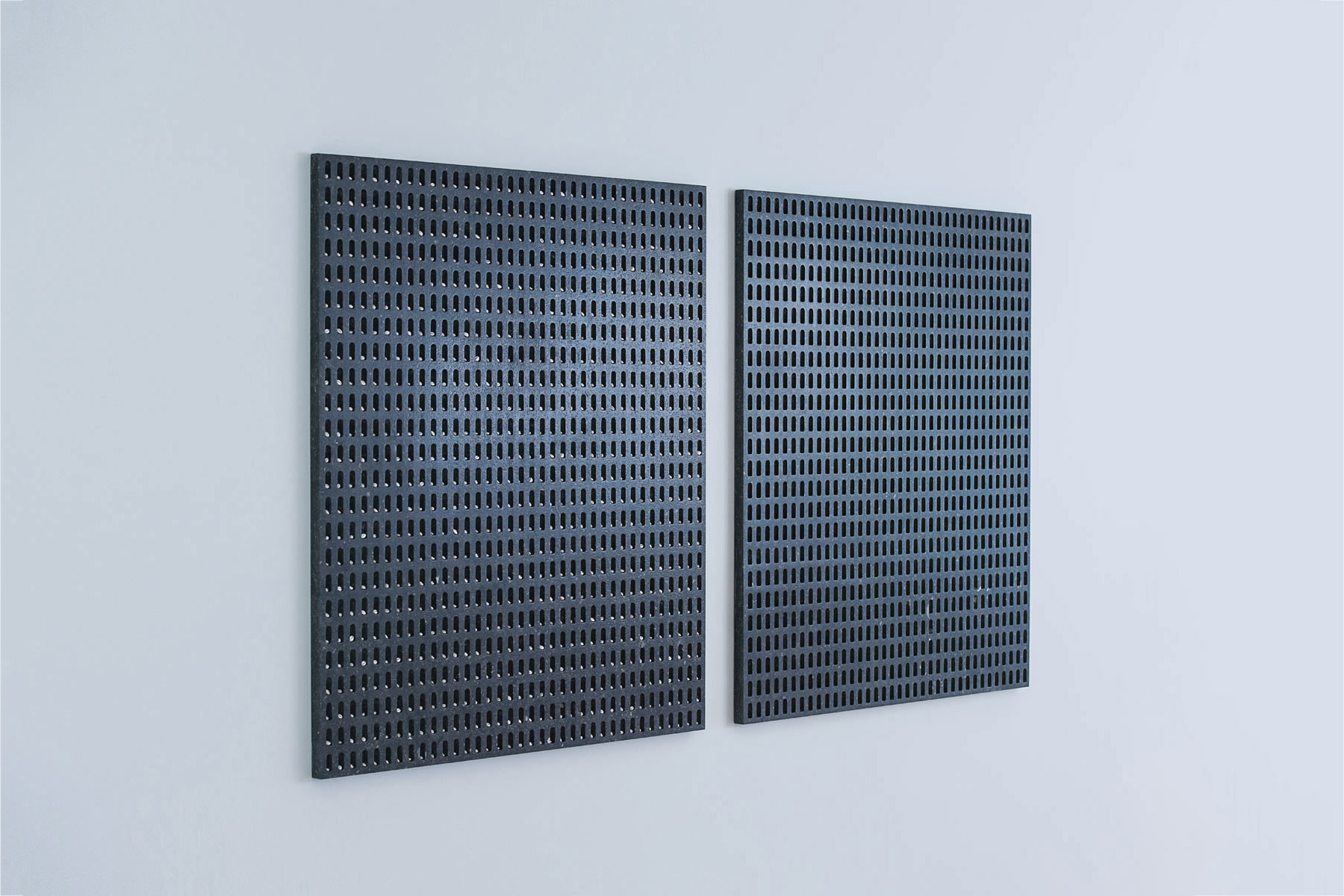 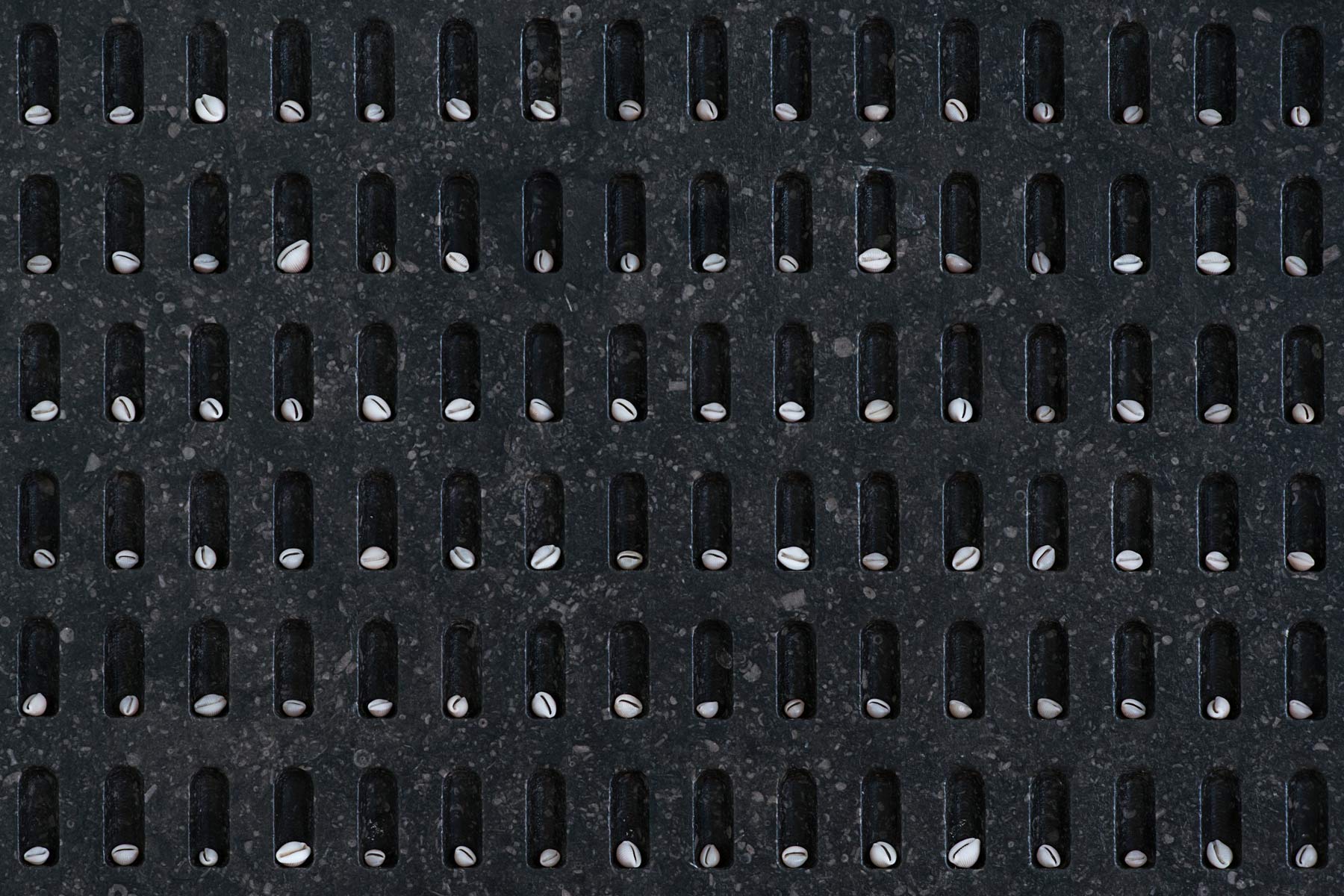 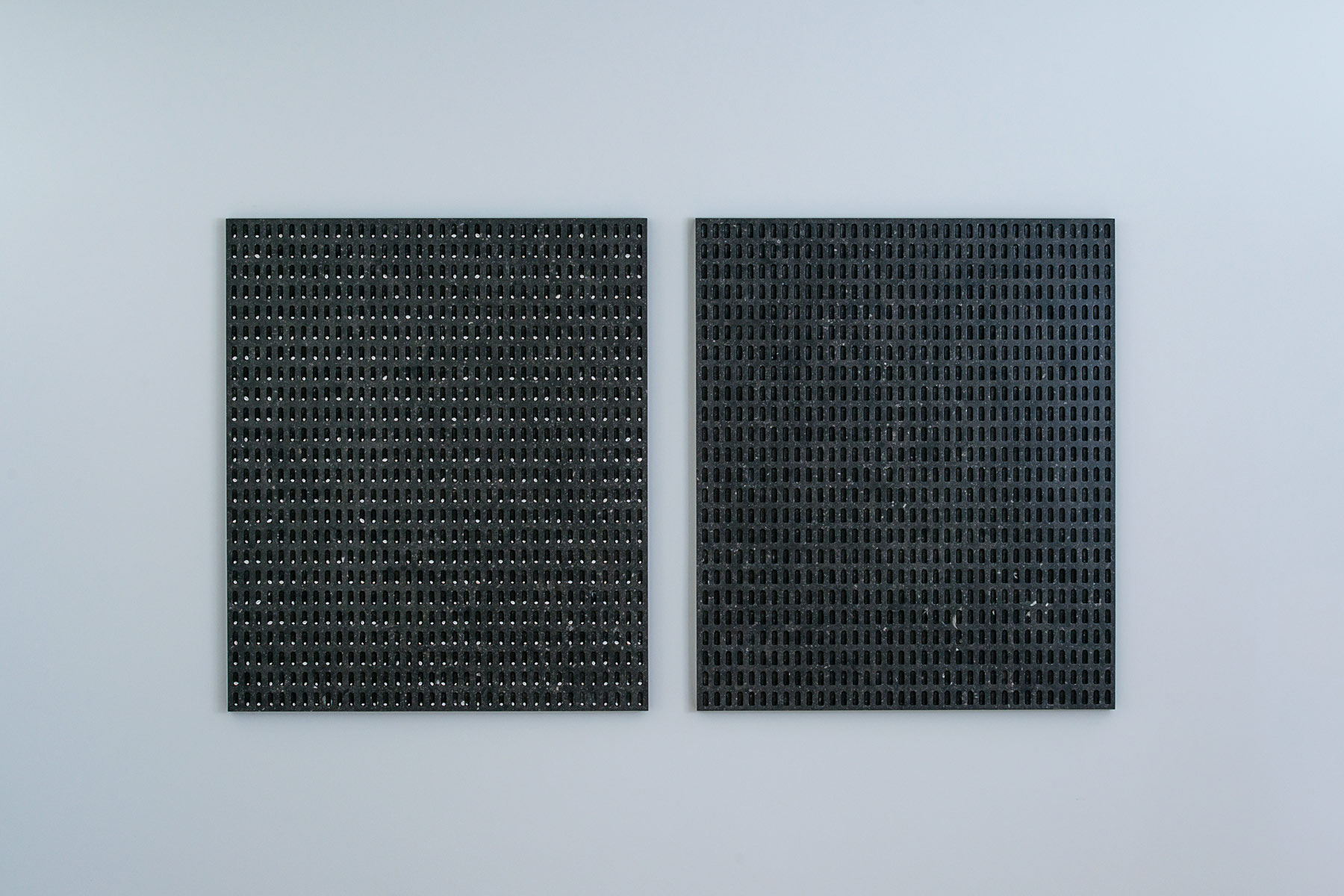 Cowrie shells have been collected from a local beach over a period of two working days (16hrs). Each shell has been placed within a corresponding recess cut into one of two tablets of limestone and subsequently offered as a medium of exchange.
Throughout history the cowrie shell has been used across cultures as a form of currency and a symbol of wealth and power.